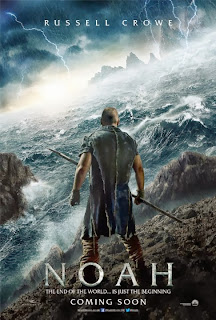 Noah, to be released on the 28th March 2014, tells the biblical story of Noah, the arch and the flood.

I have to say, before today, I didn't even realise this had been made into a film. The cast includes Russell Crowe as Noah, Jennifer Connelly as his wife Naameh, also Emma Watson as Ila and the Anthony Hopkins as Methuselah. The film is directed by Darren Aronofsky of Requiem for a Dream (2000), The Wrestler (2008) and  Black Swan (2010) to name a few.

I am slightly dumbfounded right now, I came across this film through Emma Watson's twitter feed, immediately watched the trailer then decided to blog about it right away.

Firefly and Serenity (No spoilers) 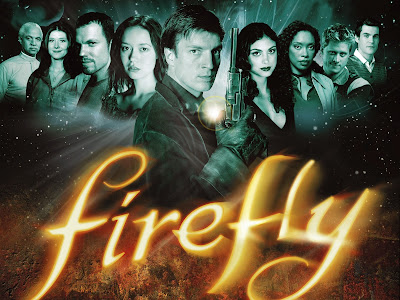 Every once in a while a show comes along that reinstates your faith in television. It has a great background, fantastic plots with unexpected twists and most importantly the characters are strong and multidimensional.

Recently I was introduced to Firefly by my cousin, originally aired in 2002, it was only ever given one series.  Cancelled eleven episodes into the fourteen episode season leaving the last three only for those who bought DVD box set. I had heard talk of it before, most notably by my friend Joe, who did a whole spiel on 60 North Radio about how it was one of the best tv shows. He was right.

I often write my reviews filled with spoilers as I like to talk about certain points of the plot, or you know the entire plot point by point. However this program is so good and I want you to read this if you haven't seen it yet. My dream for this post is to get those who haven't seen Firefly yet to go out and buy the DVDs or watch it on Netflix and immerse themselves into another wonderful Wheddon creation.

How to sum it up: Cowboys in space.
How to justify it: Wheddon's brilliant ideas and witty writing make this far more than some cheesy genre clash. 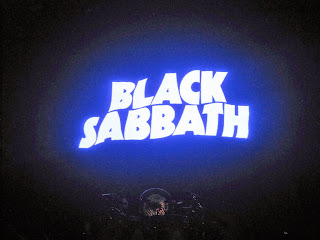 Everyone has that dream list of bands they'd love to see. Mine is as follows: AC/DC Black Sabbath Iron Maiden Megadeth Slayer These are the bands I want to see, there are many others, but these are all the legends. To see them would be completing life achievements. Back in 2012 at Download two of the bands from the above list were performing at the Festival, I missed Megadeth because I was backstage and so excited to be there drinking beer and meeting artists I just listened to Dave from behind the stage. The other band was the mighty Black Sabbath. I left back stage, bottle of whisky in hand to see a band I never even thought I would get the chance to see, especially not the lineup of: Ozzy, Geezer and Tony. I had the best time, sharing out nips, meeting people in the crowd, dancing to Fairies Wear Boots with a bald headed chap who was out of his mind. I even got ridiculously close to the stage only to move back to dance again. It was amazing, but it was so heavily alcohol fueled that I was having to make conscious efforts to remember certain songs; or the way Ozzy swung his arms around like a willow in the wind; even Tony's solos played be the hands that have invented the sound we know and love today are all super flakey in my memory. 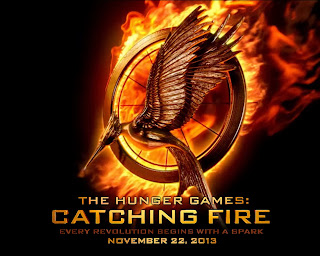 I saw the film nights and nights ago and have been trying to work out how to review it since. My main problem is that every time I have started a review I just end up working my way through the plot point by point. This is mainly due to the lack of fault I find in the film, it was so good.

Another difficulty with writing this review is because I have never found it easy to review a film based on a book without continuously comparing the film adaptation to that of the original story. Even in this case, where the film has been almost completely true to the book, and, in my opinion, not altered anything for Hollywood effect, nor added in needless extras for a 'greater movie experience'. So this review is more like a list of praise for Catching Fire and the Hunger Games films and books and Jennifer Lawrence. 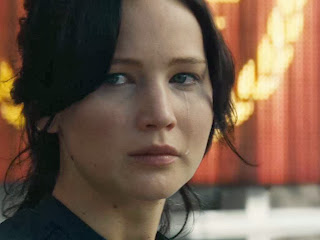 We arrive back into the 'futuristic' fractured world of Panem. The world being a series of 12 districts all providing resources that are sent and then redistributed by the Capitol, the blaring beacon of commercialism and decadence. For anyone who didn't watch the first film, or read any of the books, the 12 districts annually have to offer up one male and one female between the ages of 12 - 18 to compete in a fight to the death in what is called the Hunger Games. Very much bread and circuses, entertaining the masses in the Capitol whilst distracting those in poverty from their desperate situation. Katniss Everdeen, our hero, portrayed brilliantly by Jennifer Lawrence must once again take up the mantle as tribute, again with Peeta, to compete in a special 'Quarter Quell' in honour of the 75th anniversary of the Hunger Games.

Here are the kids, in happier times, back in the 74th Annual Hunger Games 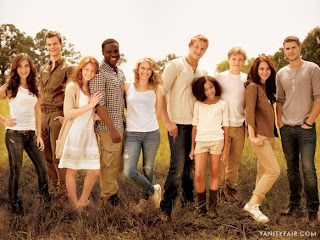 
I wouldn't recommend reading this if you haven’t already seen the film.
The entire plot is unfolded here.